SWPA benefit from regional and national expertise, across several disciplines, from our local team, other teams throughout the UK, and our technical and procurement hub at the LHC head office.

Its Capital Funding for Schools report also predicted that the cost of dealing with major defects in the estate would double between 2015-16 and 2020-21 as many buildings were near the end of their useful lives, with 60% of school buildings in England built before 1976.

Four years on from this report, the Department for Education announced it was launching the first phase of its School Rebuilding Programme which aims to deliver 500 projects over the next decade as it looks to ‘build back better’ after the pandemic.

Projects range from replacing or refurbishing individual buildings through to whole school rebuilds and will provide improved facilities while also being more energy efficient, helping to meet the Government’s net zero targets.

The first phase will receive over £1 billion to fund the first 50 projects, more than 70% of which are based in the North and Midlands, and 21 new free schools. A further 50 schools were added to the list in the second phase of the programme last summer.

This £1 billion investment is on top of the Government’s £1.8 billion annual allocation provided to maintain school buildings, and the £560 million one-off funding injection announced last year.

However, securing funding for these types of projects is just the first step of the journey for local authorities and education providers. Once budgets are agreed, what is the best way for providers to engage with the supply chain to carry out the work?

By using trusted local frameworks. More and more education providers and councils are using procurement frameworks for these sorts of construction and refurbishment projects, tapping into the expertise of local teams who have pre-vetted and approved local suppliers.

Since launching our Schools and Community Buildings framework nine years ago, we’ve helped to procure works on everything from the construction of a new £30 million secondary school to the painting and decorating of classrooms.

Education and public sector projects that have been successfully delivered through our frameworks include a three-storey new build for the Degree Apprentice Centre at the University of Warwick in Coventry. Delivered by Kier, the project was completed on budget and on time within 18 months of inception, including 54 weeks of onsite construction.

The Highland Council used our framework to work with Morrison Construction for the refurbishment of the grade-B listed Inverness High School. Fourteen classrooms, offices and a brand-new state-of-the-art biomass energy centre were built during the first phase of the project, with works ongoing in a live school environment.

The latest iteration of this framework is the Public Buildings and Infrastructure (PB3) framework launched in October 2020.

The PB3 framework allows local authorities and other public sector bodies to source contractors for works relating to the construction and refurbishment of educational, healthcare, emergency service and community buildings. It can also be used for residential properties within mixed-use developments, student accommodation, conversion of commercial building for residential use, and can include associated infrastructure works.

Refurbishment has been separated from new build in the lower project value bands to help with ease of procurement.

Suppliers have been assessed on their capability for delivering low energy and zero carbon buildings, including any prior BREEAM credentials, and for delivering Special Educational Needs Schools has also been factored in to ensure we have the right skills within the framework for such projects.

Our regional approach means that local suppliers, where possible, are appointed to the framework. While national suppliers are also on the framework, the local expertise of companies is considered as part of their application to be on the framework because of the social value it brings to a project. 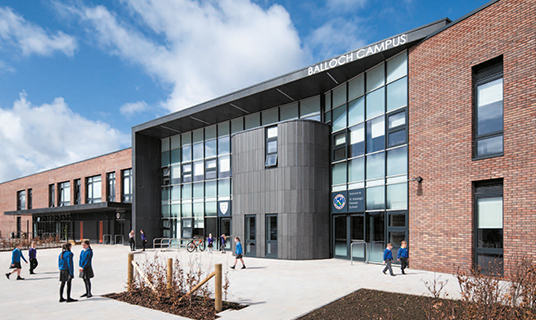 Back to blogs
Back to top