The UK construction workforce has long included workers from outside UK, most recently from Eastern European countries, including EU accession states.  In 2017, a CITB research paper[1] revealed that while the UK construction workforce was still largely home-grown, migrants played a critical role, particularly in London, where they make up half the workforce, and in the South East.  The report also refuted some commonly held ideas about the role of migrants in construction, for example that they provide cheap labour, that they work only in low skilled or labourer roles, and that they have significantly different skills levels than their UK-born counterparts.  It found that employers don’t have an explicit strategy of recruiting migrants but rather, select from the best applicants, and their common reasons for taking on non-UK workers included availability and skills shortages.

Now freedom of movement between the UK and EU has ended, the UK has implemented a points-based immigration system[2] that treats EU and non-EU citizens equally.  Anyone you want to hire from outside the UK, excluding Irish citizens, will need to apply for permission in advance through a number of different routes, some of which require a ‘sponsor licence’.  The routes that may apply to the construction industry include:

Skilled Worker route, under which anyone you want to hire from outside the UK will need to demonstrate that:

Characteristics can be traded, eg qualifications v. lower salary, and there are exceptions regarding the minimum salary requirement, specific shortage occupations, and higher qualifications.

Intra-company Transfer, which allows multinational organisations to facilitate temporary moves into the UK for key business personnel in roles skilled to RQF 6 (Graduate level equivalent) through their subsidiary branches. This is subject to a different minimum salary threshold from the main Skilled Worker route.

Youth Mobility Scheme, where Employers can benefit from the UK’s arrangements with eight countries and territories to enable around 20,000 18 to 30yr olds to work and travel in the UK for up to two years each year.

How can the construction industry return to full skills resources?

Even before withdrawal from the EU, the UK construction industry was facing a crisis of skills shortages in both practical and professional areas.  It is widely recognised that this was caused by an ageing workforce, a lack of apprenticeships and the poor image of the industry amongst school leavers.  A temporary fix was offered through the employment of non-UK workers, and while there continue to be routes to recruiting skilled people from outside the UK, whether from the EU or elsewhere, the inevitable conclusion is that the UK construction industry must continue to work on attracting UK citizens to the industry and upskilling the UK population.

This will involve reviewing and addressing skills gaps, together with increased investment in apprenticeships, vocational qualifications, mentoring and architectural training.  Introducing diversity in the workplace, offering flexibility and improved work-life balance and encouraging talent in construction will also assist in recruiting and retaining construction talent.

In particular, construction businesses should take advantage of the 2021 budget announcement doubling incentive payments for hiring new apprentices to £3,000 and investing £126m to triple the number of new traineeships.

As well as modernising methods of construction, construction must modernise it’s working practices. 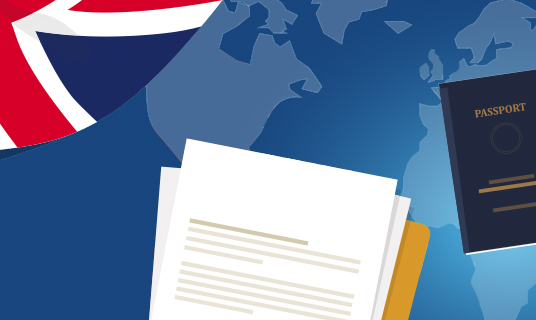